In most cases the E44 is an excellent substitute for the LynxTWO. 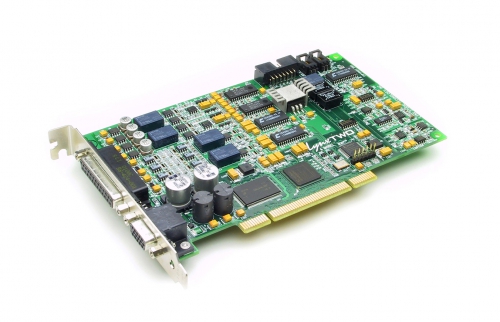 Up to 8 LynxTWOs can be installed in one Windows computer; up to three in Macintosh computers

The LynxTWO family of PCI cards were Lynx’s first 192 kHz audio products. Introduced in 2000, these three versatile cards offered 192 kHz analog audio and 96 kHz digital audio with world-class converters and time code synchronization on board. With performance that exceeds many stand-alone converters, LynxTWO has set the standard for signal purity, versatile synchronization, powerful hardware mixing, and extensibility to support a variety of multichannel formats including ADAT and multiple AES/EBU or SPDIF.

LynxTWO’s powerful 16-channel mixer allows extensive routing, control and metering with excellent visual reference. With the latest software, you can mix up to four inputs to any of 16 outputs. In addition to the inputs and outputs on the LynxTWO, the mixer incorporates program material from the optional LS-ADAT daughter card or from Aurora converters.

With a design very similar to that of Lynx’s highly acclaimed Aurora converters, LynxTWO delivers near Aurora-quality specs and performance in the compact PCI card format. In fact, using the optional LynxTWO/Aurora Interface Kit, your LynxTWO can act as the computer interface and front end for the Aurora converter.

If you want the same audio quality of the LynxTWO, but only need two channels and do not need SMTPE capabilities, check out the L22.