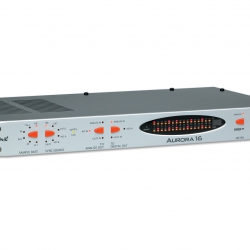 macOS (PCI Express and Thunderbolt): Requires driver Build 58K or higher to function properly.  Please note the firmware updater should not be used on macOS Big Sur to update the LT-TB or LT-TB3 cards.

After the firmware has been updated on your Lynx device, the device will need to be powered off for the new firmware to become active.

Requires Internet Connection to download Firmware for each product to update.

LT-HD inside Aurora 8 or Aurora 16 via MIDI:

LT-MADI inside Aurora 8 or Aurora 16 via MIDI: 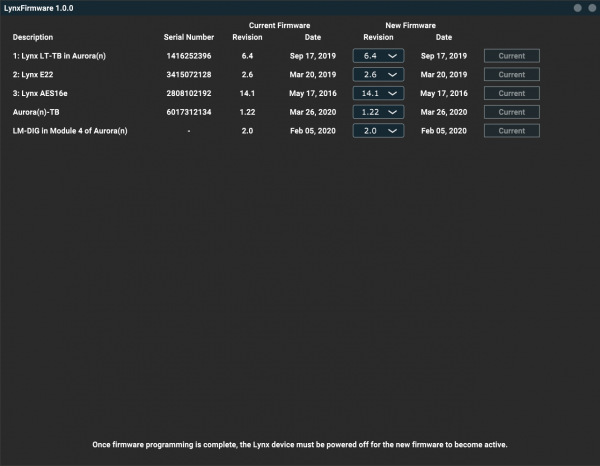