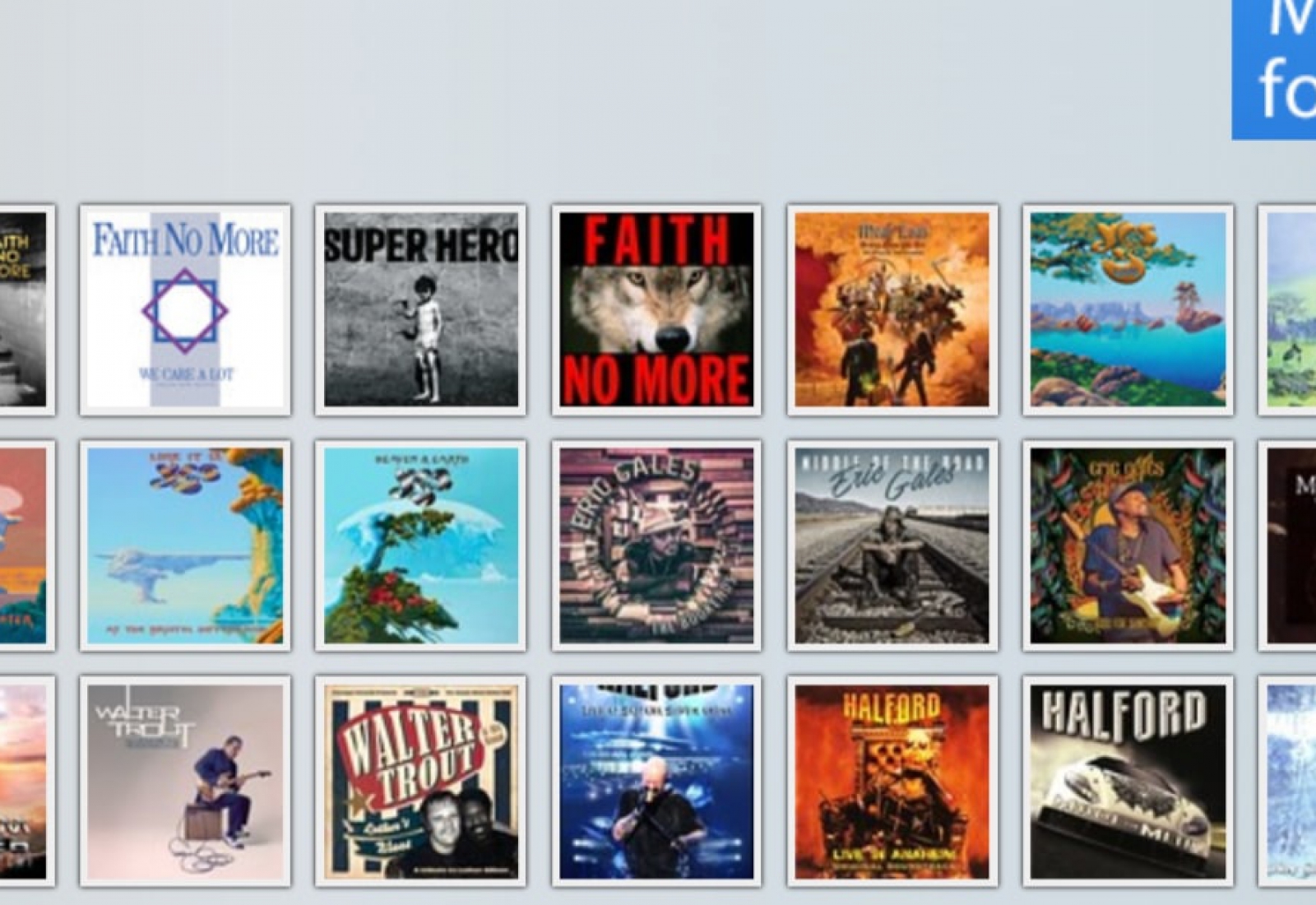 The job of the mastering engineer is often one of the most misunderstood positions in the world of music creation, but mastering can be a crucial step that allows music and audio to be heard in the way that the artist, engineer, and producer expects. Maor Appelbaum, a respected Los Angeles-based mastering engineer, has an impressive credit list that includes music that spans multiple genres, and his successful track record speaks for itself with recordings by bands and artists such as Faith No More, Yes, Eric Gales, Sepultura, Meatloaf, Dokken, William Shatner, Yngwie Malmsteen, and many more.

What Lynx products are you using in your mastering studio right now?
I’m using Hilo.

Tell me about some of the projects that you’ve used Hilo on.
A lot of them. I just finished Yes 50 Live, which is Yes’s 50-year anniversary record, and I used Hilo on that. This year, I also did Sabaton’s The Great War using Hilo, as well as Eric Gale’s The Bookends, and the new comeback album by Sacred Reich, Awakening.

We saw that all three of those hit the #1 spot on various charts… Sabaton on the German charts, Eric Gales on Billboard’s Blues charts, and Sared Reich on Billboard’s Heatseeker charts, which is pretty incredible. Any other recent Hilo projects?
Yes. I used Hilo on the new album by KXM, which is the band with Ray Luzier from Korn, Dug Pinnick from King’s X and George Lynch from Dokken. I used Hilo on the soundtrack album from the film We Die Young with Jean-Claude Van Damme. I mean, there’s a lot. I did a new album by a Canadian thrash metal band called Annihilator that’s coming out next year.

What were the reasons behind your choice of the Hilo as a mastering tool?
Years ago, one day I had a problem with something I was working on. I spoke to Paul from the tech support at Lynx and he suggested a great solution. He explained what the problem was. Later on, I heard good stuff about Hilo, and I wanted to go the next step. I’m not sure if it was Paul or Albert I spoke to, but I tried Hilo because I needed a specific solution. I needed an interface between USB and AES, and one D/A to listen to. I tried it and really liked it. It sounded good and had all the interfacing tools I needed. And, not that I use it this way currently, but it was also portable. It was a lot of things, and since then I’ve recommended it to many people. I’m really happy with it. One of the biggest reasons for my decision to work with Lynx was that for every little thing I had questions about, I could call and they were there to help out. That kind of service becomes part of the product. If there’s no service, and there are issues that need fixing, then a product can be useless. We all want the gear to work at its best and have the support to service it when issues come up. Even if it’s just something we might be doing wrong.

Does Hilo have specific advantages over other interface/converter products?
For one thing, you can output to more different formats of outputs. I also use Hilo for metering. The conversion is really good. At my studio, I use the Crane Song Hedd, JCF Latte, JCF AD-8, Burl B2 ADC, and the Lynx Hilo. Those are, for me, where it starts. It’s important for me that I get a really good sounding D/A. Also, Hilo has great flexibility. USB to AES. USB to S/PDIF. USB to Optical. There’s a lot of options to go on. It’s very important that my setup has plenty of options for connectivity. Some products go AES only, some only S/PDIF. Also, Hilo has the meters in it which are helpful on a visual level. It also has a good headphone amp. It’s a durable unit, and that’s also important. In general, Lynx products are built like a heavy duty machine. They don’t break down. If there is ever a problem, I can give them a call and they’ll fix it.

What’s the first thing you do when you receive a new project in that you’re going to master?
I listen to it. Usually the first thing I do is to pass it through different pieces of gear to see how it reacts. Sometimes I hear a problem immediately. Sometimes it’s not until I start working on it that I discover any issues. But I’ll set up and start listening. Sometimes I’ll check it out with with nothing, and then pass it through gear to see how it responds. You ask questions like, “Is the limiter affecting it in a bad way?” I’ll pass it through different types of conversion to listen to certain details. Basically I’m monitoring it, listening how the response is, and how it reacts when I push the levels up. If anything is jumping out and sounding weird, if I can tweak and fix it, I will. If not, I might just live with it. In the end, I’ll debate if it’s worth fighting it, or should I call the mixer and say, “Can you tweak this or that?” Sometimes you fix something at the cost of something else so it might be a double-edged sword. You weigh the options.

Have mix engineers begun to deliver files that have enough headroom that allow you to do you job, or are the “volume wars” still a real problem?
It’s very case by case. Some of the people who send me mixes are aware of that. In a lot of cases, it’s not so uncommon that I’ll have to ask a mixer to lower levels because it’s too pushed that you can hear some clipping or harshness from pinning the mix to distortion (unless it’s something they were going for). Sometimes, I have to work with what they gave me; for example, in a situation where the recording was done a long time before and can’t be recalled. Sometimes I just have to work with it as-is.

Like many people in professional audio, you have a background as a musician. Do you draw upon your own experiences as a music creator when it comes to mastering?
I think in any way, if you’re working on music, you gotta have some music flowing in your blood. You have to like music. And really, mastering is not as technical as some people might think. The frequencies are connected to emotions, and you want to see results from your actions, which means you can’t just say, “I’ll do this because it’s technically correct.” You’re adjusting parameters of devices based on your feelings, shaping it to make it appeal to the audience more. Sure, there’s a technical factor, but doing things like setting volume levels… that’s not technical, that’s artistic. You make those decisions based on the artists and your taste. Music doesn’t have to be like fashion accessories in that you don’t have to be what’s trendy now; you can if you want to, but you can also create a trend. It doesn’t have to be flavor of the month. It can be the flavor of some years ago or yesterday, or hopefully you are creating a future as well with what you bring to the table.

When you master music for a band like Yes, who has a 50-year pedigree of recording and people have a specific expectation of a certain type of sound treatment, is there more responsibility than some new band where people don’t know what to expect?
If the new band who is coming in off the street is going to be big, there’s a lot of responsibility anyway. But in any case, you’re part of a process. You’re the last part, and there’s a lot of responsibility there regardless, because the next part after you do your work is releasing it. But it is true that when you’re dealing with a legacy band, there are certain expectations. A few years ago, I was working on the comeback album from Faith No More, Sol Invictus. They hadn’t done a record in 18 years, so there are expectations that the music fits with what people already know, but there are also new things that they bring to the table as well. So you need to cater both sides of the coin and make it a whole new experience that has the connection with the listener reminiscing on what they remember, and what they encounter now for the first time. A kind of a re-introduction. As a mastering engineer, you work with what comes in and you treat it in a way that presents it; you can choose where the focus on the feel is based on what you get from the mix. There is a certain amount of freedom, and yet you are limited in what you can do. The creativity is the balance and the gray area between those two.

Mastering seems to require a special, more broad perspective on the music.
When you think of the work of mastering, it’s like going to a museum. When you look at art in a gallery, it’s more than the painting itself. You’re not just seeing the picture; you’re seeing the wall behind it, the frame, the lighting exposing it. That all helps you focus on the picture. For example, in a dim light, the shadows will be different than if it’s super brightly lit. That will affect certain colors, making them less vivid or more. I look at mastering as a presentation that gets the listener engaged as much as possible.

Learn more about Maor Appelbaum and see his full credit list at www.maorappelbaum.com. 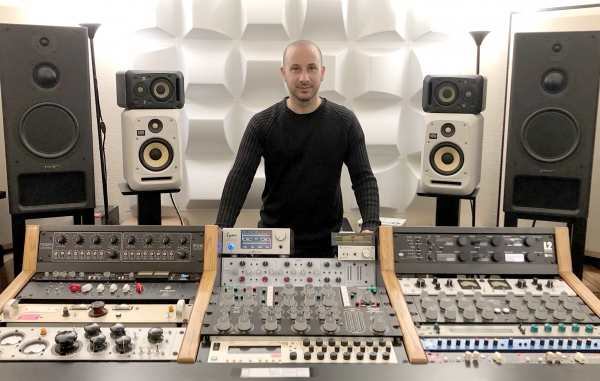