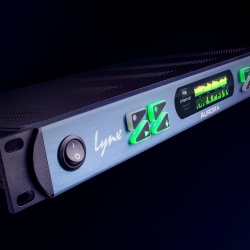 After the firmware has been updated on your Lynx device, the device will need to be powered off for the new firmware to become active.

Requires Internet Connection to download Firmware for each product to update.